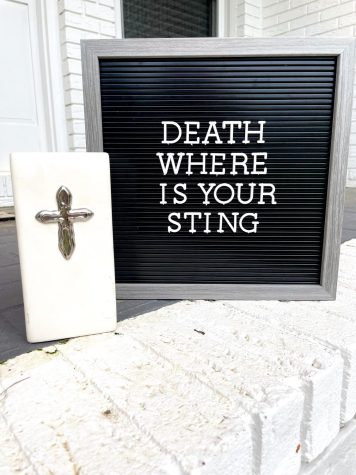 Many people have heard the story of Jesus’ resurrection from the grave, but a multitude of individuals have not heard or do not understand Palm Sunday, Maundy Thursday and Good Friday, or the days in which major events took place leading up to the resurrection of Jesus Christ. Let’s take a look at these three dates and their significance.

Going in chronological order, let’s begin with Palm Sunday. The basic definition of Palm Sunday is the day in which Christians believe Jesus entered Jerusalem exactly a week before He was resurrected from the grave. As Jesus entered Jerusalem, the people worshiped Him with palm leaves. To remember and celebrate this important day in history, some churches distribute palm leaves to the attenders. Furthermore, this day signifies exactly one week until Jesus is resurrected from the grave, though the people present on this day in history did not yet know that.

Precisely four days later is Maundy Thursday. On this day, Christians believe Jesus ate dinner with His twelve disciples for the last time before His death and resurrection. The word “Maundy” was derived from the Latin word, mantadum, meaning a commandment. This makes sense because at the last supper, Jesus commanded, “And now I give you a new commandment: love one another. As I have loved you, so you must love one another” (John 13:34). According to the Bible, during the last supper, Jesus humbly washed the feet of His twelve disciples and served what is commonly known as “The Lord’s Supper” or “Communion.” The Bible tells us about this date in History in Luke, chapter twenty two. According to the Word, Jesus also tells the disciples that one of them will betray Him. Jesus says, “But here at this table, sitting among us as a friend, is the man who will betray me. For it has been determined that the Son of Man must die. But what sorrow awaits the one who betrays Him” (Luke 22:21-22). Therefore, on this day, Jesus declared that one man would betray Him, eventually causing His arrest. Jesus also tells Peter, one of His twelve disciples, that he will deny Him. Jesus says to Peter, “Peter, let me tell you something. Before the rooster crows tomorrow morning, you will deny three times that you even know me” (Luke 22:34). Later on this same night, nearly two-thousand years ago, Judas betrays Jesus Christ, and Peter denies knowing Him three times. This night is also recognized as the day Jesus Christ was arrested without reason.

Finally, the greatest of the three days we have talked about, Good Friday. Many people overlook this day and its amount of significance. On this day, Christians believe that Jesus died on the cross. However, many neglect to observe the details in this. Before being hung on the cross, Jesus was beaten, mocked, and scorned by the public, soldiers, and rulers. He was whipped, spit on, and insulted. He bled and was bruised, despite his complete innocence and holiness. Jesus had to carry His wooden cross to Golgotha, Jerusalem, also referred to as “the place of the skull.” Many individuals also overlook the amount of time He hung on the cross, bleeding, barely breathing, pierced, mocked, scorned, insulted, and bruised. According to the Bible, Jesus of Nazareth hung on the cross for an estimated six hours, or from 9 a.m. to 3 p.m. This is accounted in both Luke 23 and Mark 15. I mentioned earlier that Jesus was hung on the cross to die despite being a completely innocent, and perfect, man. According to the Bible, the reason Jesus went through these things was to serve as a sacrifice for us. We see this in Isaiah 53:5, “But He was pierced for our transgressions, he was crushed for our iniquities; the punishment that brought us peace was on Him, and by His wounds we are healed.” Therefore, Christians believe Jesus is the Son of God, and He could have stopped this horrid punishment that He didn’t deserve at any point in time, but in order for us to have a relationship with God and spend eternity with Him, Jesus, the only perfect One, had to die in our place so we could be forgiven. Furthermore, He died and was resurrected from the grave so that we could have life and have the relationship with our Father that we were created to have.

While these three days hold extreme significance and importance, the story doesn’t end here. According to the Word, three days after the crucifixion of Jesus Christ, He rose again from the grave on Sunday. While Resurrection Sunday is the most crucial of the week, and the entire story would be different without it, these three significant days leading up to it show the importance and the meaning behind it all.